Skip to content
By,
Sibin Sabu (MACE 2010-14 Mechanical batch)
This is my personal view of things, the way I feel about this years elections and my worries…

I don’t have any soft corner for any party (atleast, I like to think so). For me, election works through elimination- eliminating the ones whom you don’t want to see in power. I don’t vote to choose who should be in power. Instead, I vote to choose who should not be in power.
This is the first time I am going to vote. And, I am in a dilemma. I simply don’t want to vote for anyone. Democracy is a wonder. You have no one to blame but yourself for whatever happens in the country, because it was you who elected them to power. Of course, the politicians might have used many tricks to persuade you into voting for them, but at the end of the day, it was your choice.
May be, we can use the null vote to show our frustration against the lack of alternatives. I like to think what would happen if the ‘null vote’ gets maximum number of votes.
Actually, I am not sure if the null vote is a good thing to happen. One might as well not come for voting if he is to cast a null vote. A negative vote against a candidate would have made more sense, in my view. May be, we can give everyone one ‘for’ vote and one ‘against’ vote. It might make elections interesting.
The 2014 Lok Sabha elections is going to be interesting and intriguing. If the results of the Assembly elections in the 4 states are to be taken as a clear pointer, the BJP is likely to form the ruling party.
Everyone is entitled to his own opinion. Here is my take and personal views on our major political parties.
The Congress Party

In my view, Congress is the Party which would have been ideal to run this country. They had the upper hand and the public support, being the front-runners in politics in the nation. They are the most secular party and in a secular country like ours, that has been the biggest plus in their favour. But, they have destroyed all the goodwill generated by their strong leaders of the past and are now on the verge of ruin. First, they lost the majority and had to form coalition government. Today, they don’t even look like returning to power again.
I do like Dr. Manmohan Singh (for his vision and policies which can make India into an economic superpower; but he lacks support/courage or whatever to implement his vision), Shri. AK Antony (for his honesty and integrity) and a very few other leaders in the Congress Party. I have also started liking the aggressive stance made by Rahul Gandhi on a couple of occasions against his own party. Had he made such a strong and bold stance some time back, things could have been much better for the Congress party now.
But, goodness and greatness of a minority are outweighed by the corrupted many in their regime. Factionism and Corruption have led to the downfall of their party. The stress on royal blood (read Gandhi Family has also upset a few and the opposition has made good use of this criticism.
To be honest, I want Congress Party to learn a lesson. Electing them to power again would sent the wrong signals. If they introspect, cleanse their party, throw some old guns out of their party, pump some young blood in to revitalize it, and may be, I will think of voting for them the next time.
The Communist Party 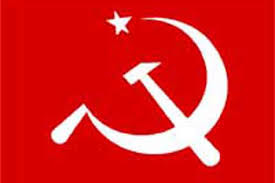 CPIM does not have a major presence in most of the Indian states apart from West Bengal and Kerala. In my state of Kerala, the Communist Party is probably more strong than any other Party. They mobilize the masses and they have efficient party workers who will die for their cause. It is a closely knit Party, without any factions and the members of the Party regard themselves as a single family. They appeal to the common man belonging to the lower middle class, and because most of the state’s population are in that category, it is no wonder that they are so successful in the state. They have a great number of leaders, many whom I deeply respect.
I love the variety in the Communist Party. They have a great mix to catch the attention of the voters. There is the 90 year old Shri. V.S Achuthanandan, still very much active and strongly opposing the policies of his own party. There are many who love his attitude and his courage in speaking out openly against his own party. So those people vote for him. This way the party garners the vote of those people who opposes its policies. (I am not sure if this is a strategy deliberately employed by the Party. If it is, then it is a brilliant one. Kerala Congress too has a similar leader in PC George, who stands against whatever his Party stands for, thereby giving itself a chance to secure the votes of the Party critics)
But, I have a few issues with the Communist Party as well. First and foremost, I am against their basic philosophy. I have problems voting for someone who doesn’t believe in God. That is not all. The Communist Party is notorious for the violence it employs to silence its opponents. The Communist ideals are not pro-development. Development will suffer, if they come to power. In Kerala, we have had a good mix so far with the Congress and Communist Party coming to power alternatively. This has ensured steady development while safeguarding the interests of the weaker sections of the society.
The AAP

The X-Factor in our next year’s elections, the Aam Aadmi Party led by Arvind Kejriwal, gives the impression that it can achieve bigger things in a very short time. Personally, I feel that it is the best time for a party like AAP to cash-in and ride on the anti-Congress sentiments. They offer a better alternative than the BJP, but, they don’t have many major players in their line-up. They also suffer from lack of any significant presence in regions apart from the country’s capital. If they can sort it out at the earliest, then I believe that they have a good chance of upstaging both the Congress and the BJP.

It is too early to predict how good they will be. If they brand their politics well, they can form the govt very soon. They may market their brand of politics as the most secular and corruption free to take on the BJP and the Congress. Further, if they make their party stand out, it can make things really interesting. Again, it is often power that corrupts people.

Abraham Lincoln said once, ‘Nearly all men can stand adversity. To test a man’s character, give him power.’
They have made a really impressive start, travelling in train, delivering their promises, denying security protection and by becoming an AAM AADMI above all. The way ahead is going to be challenging. They will have to fight proxy members placed by their rivals in their party. They will have to fight political violence and the corruption which usually comes as a package with power. But, it is going to be really interesting.
The BJP
The biggest player in next year’s elections and the only Party likely to form a government on its own (ie, unless the AAP does something magical) , the Bharatiya Janata Party has quite a history. They started as a party to promote and uphold the Hindu identity of the nation. But, they have had to shelve this ideology in order to form coalition governments in the different states. They formed the government in the centre in 1998 and this time too, they are most likely ones to be in power.
They have won the first round of General Elections this year convincingly without any hiccups. They have an able leader in Mr. Narendra Modi, a man whose flamboyance and charisma can inspire anyone. His speeches are enlightening, moving and rhetorical at the same time, much unlike the traditional political speeches we hear in India. If he becomes the Prime Minister, it will indeed be a huge milestone in our democracy, proving that even a person who ran tea stalls can occupy the coveted post.
But, I have my reservations about the BJP. I am concerned about the secularism, or the lack of it, which might come into effect if the BJP comes into power. Will they take the once-shelved ideology and put it into practice? I don’t know if my worries are baseless. There are so many things playing in my mind that I am not sure what to think about the party. It might probably be because of the kind of news I have read in the media labelling them as anti-secular.
One thing is certain, if he comes to power, Mr. Narendra Modi will have a lot to prove. There are many who doubt his role in the Gujarat riots and many more who are worried about his pro-Hindutva approach. He can go down as one of the most successful Prime Ministers of the country if he plays it right. We are not known for our charismatic leaders. But, this time, it could be different for the better.
I am worried. The alternative is too frightening.
If the allegations against Mr. Narendra Modi are true, if the secular balance we have in our country is affected, then….. I don’t want to think about it!
It is going to be a really good election, and we will surely have some new alliances especially with the AAP coming into the ring. Can the AAP pull off something big with their novel brand of politics? Will the ‘Gandhi family’ tag help the Congress? Can the BJP shrug off their rivals in time?
There are a lot of questions. Time alone can answer them.